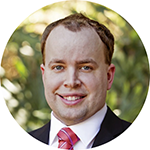 Duncan is the State Member for Stretton. His electorate includes the suburbs of Calamvale, Stretton, Drewvale, Kuraby, Runcorn, and Sunnybank Hills. Duncan is proud to represent the multicultural seat of Stretton and has spoken many times in the Legislative Assembly about the way the community in Stretton embrace diversity.

Duncan has lived in the local area for over 20 years. He holds a Bachelor of Laws and a Bachelor of Commerce from Griffith University and a Masters of Laws from QUT. He has studied Mandarin at the Institute of Modern Languages at the University of Queensland. He is a member of the Pinelands Lions Club, Kyabra Community Association and is an Honorary Advisor to World Arts and Multi-Culture Inc.

In 2017, Duncan was recognised for his community work when he was awarded the QLD Public Service Award from the Queensland Intercultural Society.

Prior to being elected to State Parliament, Duncan worked as a lawyer with a particular focus on employment and insurance law.

Within Parliament Duncan is the Chair of the Innovation, Tourism Development and Environment Committee, with responsibility for Tourism and Innovation Industry Development, the Commonwealth Games, the Environment and the Great Barrier Reef, Sciences and the Arts. 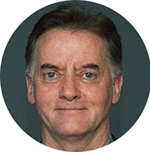 Tony is responsible for the development and review of policy and legislation to support the Queensland Government’s environment and heritage agenda. Tony leads the department’s environmental legislation and policy priorities in relation to: climate change; water quality; the Great Barrier Reef; waste management; delivery of the Container Refund Scheme and ban on lightweight plastic bags; sustainable planning and development; coastal management; built heritage; air and chemicals; environmental protection and State of the Environment reporting. Tony also leads the Office of the Great Barrier Reef, which is responsible for coordinating the implementation of Great Barrier Reef programs and investment across the Queensland Government. Tony supports the Minister and Director-General in representing Queensland’s environment and science interests at the national level. 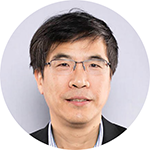 Dr Chengrong Chen is a Professor in Environmental Biogeochemistry, School of Environment and Science, Griffith University. In the past 25 years, Prof Chen’s research areas include: biogeochemical cycling of carbon and nutrients in terrestrial ecosystems and the interface of land and water, soil-plant root-microbe interaction, mine rehabilitation, restoration of degraded ecosystems and agricultural disposal of recycled organics and biochar application and fertilization. In particular, Prof Chen has been studying soil N and P availability and dynamics, soil microbial process, diversity and function, soil health, using 33P, 15N and 13C isotopic techniques, molecular biology and nuclear magnetic resonance (NMR) spectroscopy. 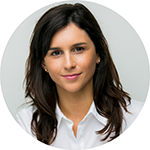 Danielle has a PhD in environmental geochemistry and has worked on a range of complex, high-profile contaminated sites across Australia and in Antarctica. Danielle’s professional interests surround the assessment and remediation of contaminated sites, and the development of new or adaptation of existing remediation technologies.

Danielle has authored more than 10 peer-reviewed publications on environmental remediation, holds an Honorary Research position at Macquarie University and is currently a member of the Sydney ALGA branch committee. 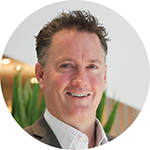 He is also overseeing the implementation of two new resource recovery funding programs aimed at diverting and reprocessing waste in Queensland: the $100 million Resource Recovery Industry Development Program and the $5 million Waste to Biofutures Fund

Michael has previously held senior policy and industry development roles within the Department of Agriculture and Fisheries for the intensive animal and broad acre cropping industries. His background is in aquatic animal husbandry where he spent 15 years in a research capacity at the Bribie Island Aquaculture Research Centre. Michael has a Master of Aquaculture and post-graduate degree in aquatic animal health. 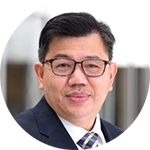 Dr. Simon Tsang is a Chartered Chemical Engineer, an Associate Director at Arup and has over 20 years’ experience specialising in a wide range of water and solids waste process engineering and pollution control on master-planning, design and management.  He holds a BEng degree in Chemical Engineering and Environmental Protection from Loughborough University of UK and PhD degree in Environmental Process Engineering from Glasgow University of UK. 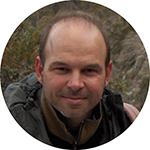 Lukas Van Zwieten received a PhD from the University of Sydney in 1995. He is a senior principal research scientist with NSW Department of Primary Industries based at Wollongbar, and is an Adjunct Professor at both Southern Cross University (South Cross Plant Science) and Griffith University (Australian Rivers Institute). Lukas is a Program Leader for the Soils CRC. His research focuses on soil processes including C and N cycling, and how these relate to greenhouse gas emissions, contaminants in the soil environment, and unravelling microbial and chemical processes in the rhizosphere. He is a 2018 Thomson Reuters Highly Cited Researcher with over 110 journal papers and 9000 cites. He received the 2016 NSW Premiers Award “Public Sector Science and Engineering” and is a Churchill Fellow. He is a member of Soil Science Australia. 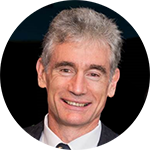 David Hamilton is the Deputy Director in the Australian Rivers Institute at Griffith University, Brisbane. The Australian Rivers Institute provides leading science to improve understanding and management of catchment, river, estuarine and coastal ecosystems. It has a multidisciplinary team committed to a solutions focus to protect aquatic biodiversity and repair degraded ecosystems.

David Hamilton’s research in mostly related to lake water quality restoration and modelling. He has more than 200 peer reviewed publications on these topics and is also editor in chief of the international scientific journal Inland Waters. 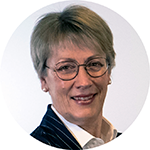 Dr Beth Woods is the Director-General of the Department of Agriculture and Fisheries (DAF) Queensland, where she leads development initiatives to deliver an innovative, productive and sustainable agriculture, fisheries and forestry sector.

Beth Woods completed her DPhil in Agricultural Economics as a Rhodes Scholar at Oxford University. She has served on committees of the Grains R&D Corporation, the Policy Advisory Council of the Australian Centre for International Agricultural Research (ACIAR), the CSIRO Board, the Gatton College Council and the Rural Adjustment Scheme Advisory Council.  She Chaired the RIRDC, ACIAR, and the National Drought Policy Review in 2004, and the International Rice Research Institute from 2008-10, was a Director of the QRAA from 2012-2015, and Chair of WorldFish, headquartered in Penang, until June 2017.  She is Queensland “Government Champion” for the Northern Peninsula Area Indigenous Community, on northern Cape York Peninsula. 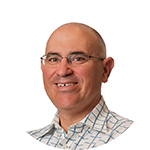 FIELD DAY HOST:
Prof George Mellick – Professor of Neuroscience and Head of the School of Environment and Science, Griffith University

George Mellick is Professor of Neuroscience and Head of the School of Environment and Science, at Griffith University in Queensland. He is an interdisciplinary scientist who is a Research Leader in the Griffith Institute for Drug Discovery (GRIDD). George researches all aspects of neurodegenerative disease with an emphasis on Parkinson’s disease and related disorders. He has authored a vast number of research publications and is a regularly sought-after reviewer for International Granting Agencies, Advisory Groups and Research Journals. In addition, George has, for many years, been an advocate for people affected by neurological disease and is currently the President of Parkinson’s Queensland and Vice-President of Parkinson’s Australia.